Third-year geology student Reese Werkhoven, Mount Holyoke College graduate Cally Guasti and SUNY New Paltz graduate Lara Russo were getting cozy on their new couch for the first time, when Werkhoven rustled himself a plastic envelope from under the couch’s patchy arm.

“I almost peed,” Werkhoven said. Inside the envelope was a wad of twenties that added up to $700.

“The most money I’d ever found in a couch was like fifty cents. Honestly, I’d be ecstatic to find just $5 in a couch.”

The group began a thorough excavation, maneuvering the couch in all directions so that every linty crevice could be probed to find more money.

“Just when we thought we pulled out the last envelope we’d find another $1,000 a few minutes later,” said Guasti.

Twenty minutes after sitting on an old musky couch, three college students were now miraculously standing on $40,000 in cash.

For a while, there were no notes, no names, or anything else that could have told them who the money belonged to. For all they knew the money was fair game.

Then there was a game changer.  Russo found a woman’s name on one of the envelopes.

“We had a lot of moral discussions about the money,” Russo said. “We all agreed that we had to bring the money back to whoever it belonged to… it’s their money– we didn’t earn it. However, there were a lot of gray areas we had to consider.”

Don’t spend the money. Don’t tell anyone about the money. Find the woman from the envelope. Find out if it’s her money.

Russo pondered the last question on the phone with her mother. “My mom said that I have a good moral compass, and if I don’t think that someone is a good person, or deserving of the money, then I’m not obligated to give it to them. This really threw me off. Where do you draw the line? It’s all very subjective.”

The possibilities were endless and the group seemingly discussed them all that night. Though they weren’t banking on it, there was still a chance they’d be able to keep some or all of the money.

“I would have bought my mom a new car,” Werkhoven said; “what she drives is a piece of junk and I really wanted to surprise her with a brand new car.”

Other items high on the wish lists: paying back student loans and traveling the world.

The next morning Russo and Guasti were at work, Werkhoven was at class and all of them had a huge secret they couldn’t share with anyone.

Then around 11 a.m. Werkhoven’s mom called and told him that she found the woman’s name in the phone book. After work Werkhoven gave the woman a call.

He asked the woman her name and told her he had just bought a couch from Salvation Army.

She immediately replied “oh, I left a lot of money in that couch.”

Werkhoven promised her that he and his housemates would be able to return the money at any time, but he was a little taken aback by her shortness with him on the phone.

In the late afternoon, Werkhoven, Guasti and Russo were in the car headed to the woman’s house in the Hudson Valley.

“About halfway to her house we stopped the car and had a serious discussion…what if she’s a really bad person? What can we do at this point if we meet her and decide we don’t want to give her the money?”

Not having a plan of exit, they rolled up the long driveway past three “beware of dog” signs and several mounted cameras.

It was a rustic home in a rough neighborhood. The porch was grey and chipping paint. The front door creaked open slowly, Werkhoven remembered.

“I think the part of this whole experience that cleared away my prior thoughts and worries was when I saw the woman’s daughter and granddaughter greet us at the door.” Werkhoven said. “I could just tell right away that these were nice people.”

“When we handed the money back to the woman, she told us that she felt like her husband was present in the room with us,” Guasti said.

In an interview, the woman, who asked not to be identified, explained how her money was lost.

Her husband had had a heart condition and knew his time was limited. Before he died, he gave her money each week to put away for when he passed.  For 30 years she stored her savings inside an old couch in the television room where she slept.  When her husband passed away, she remained working as a florist and continued to store her money in the couch, until she had an operation on her back and went to a rehabilitation center for several months.

Upon the woman’s doctor’s advice, the woman’s daughter and son-in-law replaced the couch she used to sleep on with a full-size bed.

The couch ended up at the Salvation Army store in New Paltz and was bought for $20 by three genuinely good young people who had the strength and wherewithal to make a commendable moral decision.

“We almost didn’t pick that couch,” Russo said. “It’s pretty ugly and smells, but it was the only couch that fit the right dimensions for our living room.” 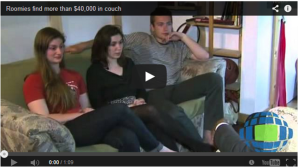 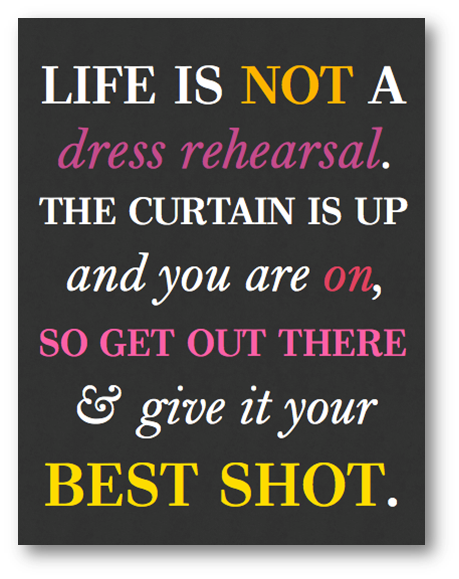 Life is not a dress rehearsal. The curtain is up and you are on, so get out there and give it your best shot.

Happy Fathers Day to all parents!

The most important thing a father
can do for his children
is to love their mother.
—Theodore Hesburgh

Where Our Readers Live: